Hello friends, if you are a twitch user then you know that recently Twitch publishers added a great feature on their platform which is squad stream. If you want to know how to squad stream on twitch then you should read our full article. Because in this article, you will get some extra information or details about the squad stream for free. Let’s start without wasting your time. 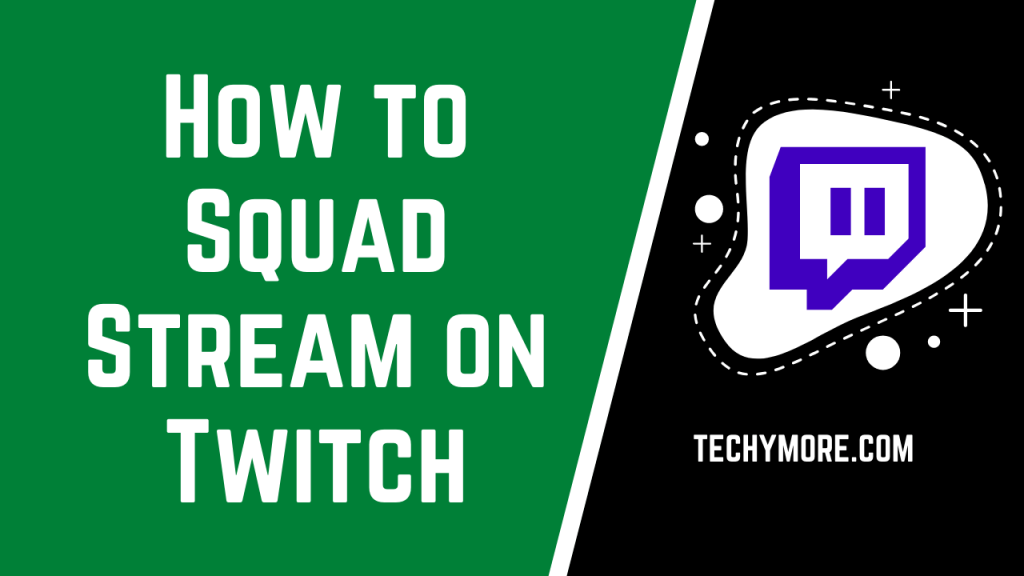 Twitch was officially launched worldwide in June 2011. And Twitch is one of the biggest live-streaming platforms in the world which is mostly used by gamers and the things they love this platform very much. In this platform, twitch users can chat and watch with millions of other users from other countries. One of the best trusted and used platforms for gamers but now music, entertainment, and other categories also entered this platform. Are You Looking To Delete Twitch Account?

Twitch, the biggest streaming platform, announced the launch of the new feature which is known as “Squad Stream”, and this feature offers for a maximum of four creators to come live and stream their content together at this platform in one window. The main motive of this Squad stream feature is that all other users can get the chance to grow by the support of other streamers. When four creators will go live then their fans will engage with each other creators that help them to grow their image or account.

Twitch also offers a feature which is called Raids and this feature will allow the creators to work with each other and help other creators (respective communities) by driving traffic to each other’s channels and of course, it helps them to grow their accounts also. These new feature Squad streams are not available for everyone right now, and this feature does not work the way you think it will work.

How to Squad stream on Twitch [Easy Way]

Squad streaming is a long-awaited feature for Twitch audiences. To start the Squad Stream in the Twitch platform, you have to follow some steps which we are going to mention below. Follow these steps:

Note: When all of the members will leave the squad then automatically the squad stream ends. But if a single streamer leaves this squad and then all those viewers who are watching this live stream will remain in the squad mode.

This is the best option you can get in this feature. You can manage the settings and check who can send invitations to you for the squad stream. Twitch allows sending the invitation to the teammates, the channels who are following you, or the members of your channel. For managing its setting, you have to go towards your channel settings page.

There is a disadvantage of this Squad stream is that when you are watching a live stream then you have to face many ads. By the way, advertisements will only play on the channel which is in the primary slot. Viewers can not switch views in which an advertisement is playing on their screen.

What about view counts?

Viewer counts can only be measured by the viewers which are your stream in the primary position. Any viewership you receive when your video player is in the primary slot will count towards your channel statistics and the streamer on twitch can easily watch their stream summaries and channel analytics.

From within a stream, you can run raids, ads, or hosts though you may need to change your view from the squad view to your regular channel view to initiate raids and hosts from launch ads and chats. It should be completely transparent to your audience. You can return to the squad view later.

I hope this article helps you to know “How to squad stream on twitch”. You only have to follow those steps which we mentioned above. And if you read this full article then you get to know some more detailed information about this new feature. If any of your friends want to do a squad stream and they don’t know about this anything, then please share this article with them. It can help them and thanks for reading this article.

Find out more or adjust your settings.