The PlayStation was one of the most ever released iconic gaming systems worldwide including Tekken, Madden, Final Fantasy, Spyro, Tony Hawk Pro Skater, and many others saw fantastic mainstream success. And with this, there are many legendary games that come with the PlayStation.

The ClassicBoy emulator ranks first on our list. It is an all-in-one emulator. One of the best things about this emulator is that it supports many gaming consoles such as SEGA, Nintendo 64, PlayStation, Three Game Boy System, NES, and NeoGeo. You will find many types of features available in this Classicboy emulator. These include audio settings, commonly saved, customizable touch screen controls, hardware controller support, and load states. ClassicBoy is a well-known simulator.

This is a great option for all those who want multiple emulator features in a single emulator. However, you can see that the correct PlayStation emulator usually has more configuration and customization features. It also features a lot more features. There is only one demerit that you can easily find. The developers of this emulator have not upgraded this app since 2014, so you will only get the older version of this app. 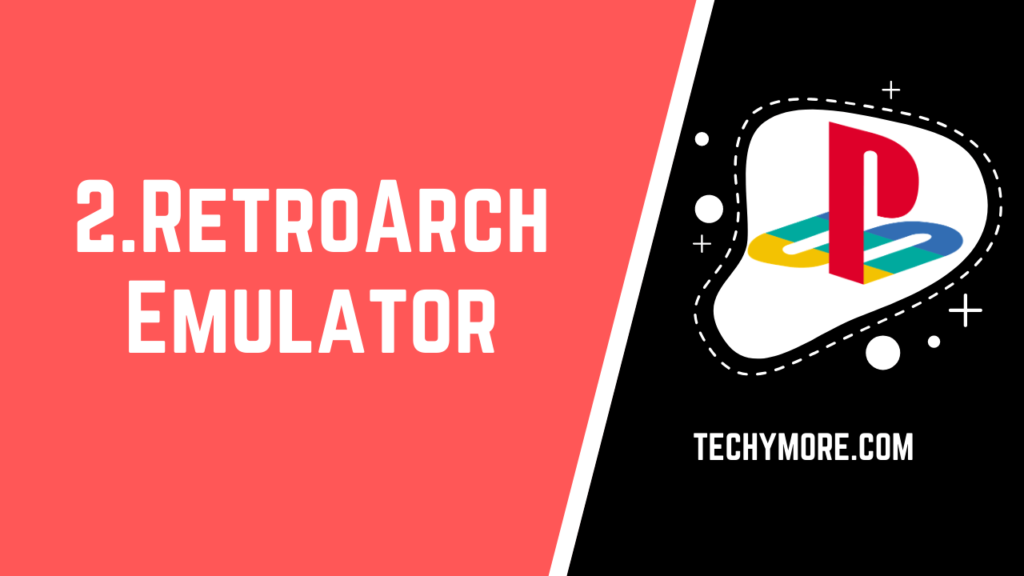 This is our second choice in the best emulators for PS1. This is a good all in one emulator program that is named RetroArch. And, This is an open source multi platform emulator available on all platforms like Android, Linux, and Windows. RetroArch already comes with its own front-end GUI and this cool emulator allows its users to download many types of emulation cores for a variety of handhelds and consoles.

RetroArch Emulator includes some awesome additional features as an example you can see the NetPlay support, and support for custom shaders, save states, refresh rates, and resolutions. The RetroArch still needs PlayStation BIOS files for emulation, so that’s still going to be a major violation for some users, but it is very easy to use this one-stop emulator and it will be a great grab. 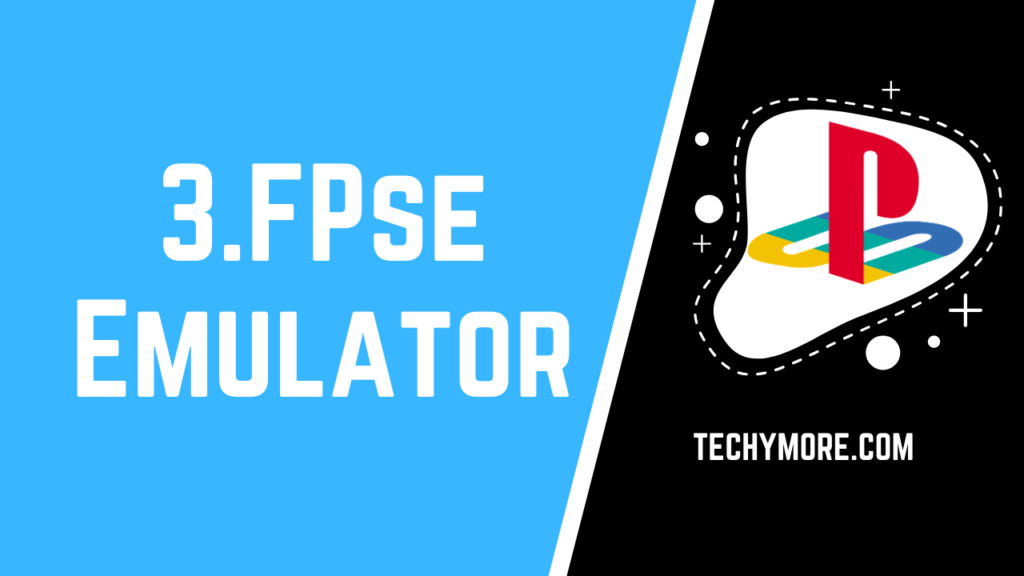 This Playstation emulator supports both Android-compatible gamepad and touchscreen controls. And, ROMs can be compressed, so you don’t use a lot of storage space in building your library. You can choose this emulator for better graphics or better gameplay depending on your device. 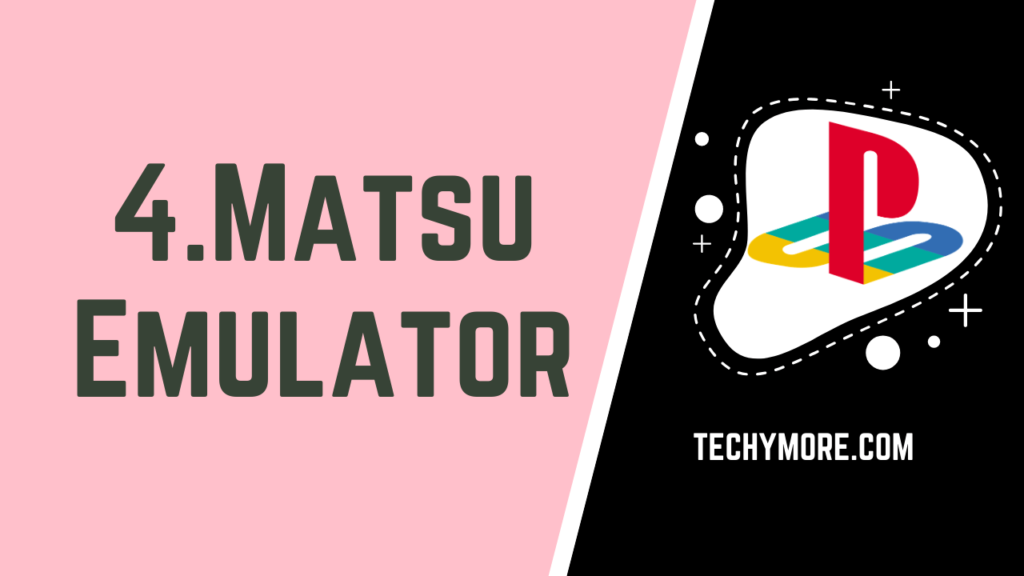 Our fourth PS1 emulator is the Matsu emulator designed primarily for PSOne / PSX emulation. It is one of the safest, and best emulators available in the world. The software supports several features that are similar to other PS1 emulators listed above. This app has a paid version. In the free version, you have to face a lot of advertisements but if you want to remove them you have to pay for it. But if you are capable of handling advertisements or commercials in the emulator then the Matsu emulator is usually very effective and reliable.

Matsu emulator is another multi-platform emulator. It is also one of the most powerful emulators out there. The Matsu emulator supports common types of emulator features. While the emulator runs great, the free version is loaded with many advertisements that will annoy you. 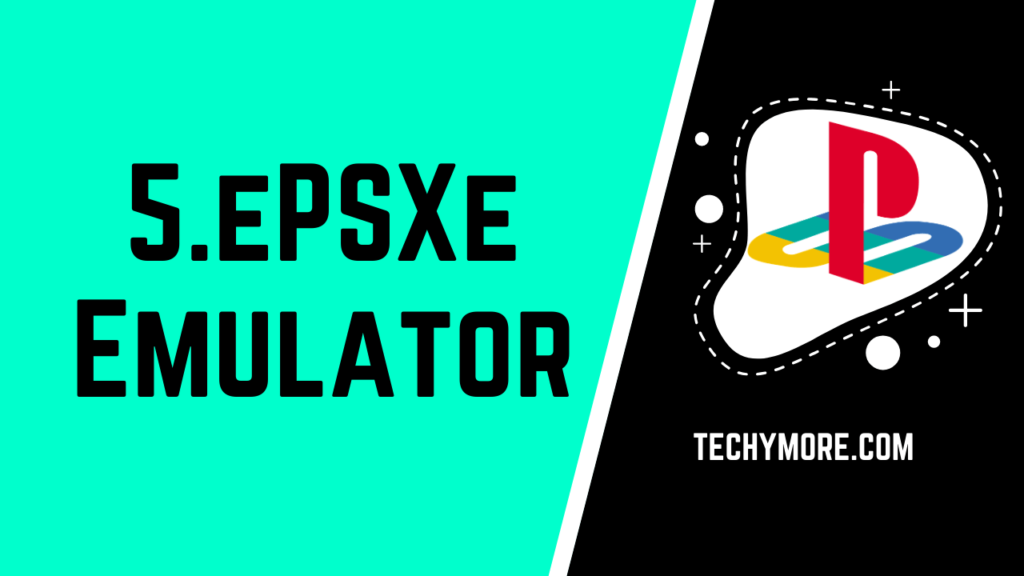 ePSXe is our next choice in the best PS1 emulator and has many unique features like good sound quality, gameplay quality, good speed, and actually supports up to four players on a single screen.

This emulator is only made for Android smartphones with the addition of some cool features and similar stability. Along with split-screen mode, this app also includes a fun 2 players option. There was support for touchscreen pads and even hardware buttons that you wanted to use a controller. Check out the best PS1 emulator below for yourself! 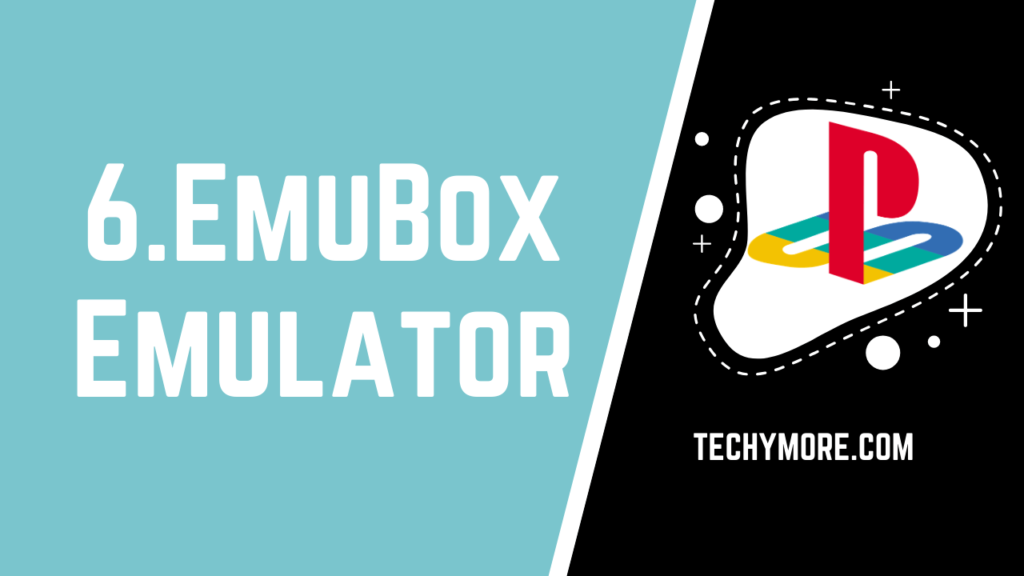 EmuBox is one of the latest and advanced PlayStation emulators available on the list. It is an all in one emulator app. And it works in many gaming consoles such as PlayStation, SNES, NES, and Nintendo DS. The stability was really decent when we used this emulator. Like other Playstation emulators, this emulator includes these features: cheat code support, save and load states, hardware controller support, and fast charge mode.

It is really the best emulator on our list. It is not as configurable as something like FPse, but it works quite well. One of the best advantages of using this emulator is that it is completely free, you do not have to face any advertisements during the games. It is a multi-console emulator, Emubox supports emulation for NDS, PSX / PS1, GBA, SNES, GBC, and more. It supports easy screenshot capture, as well as to speed up the game speed. 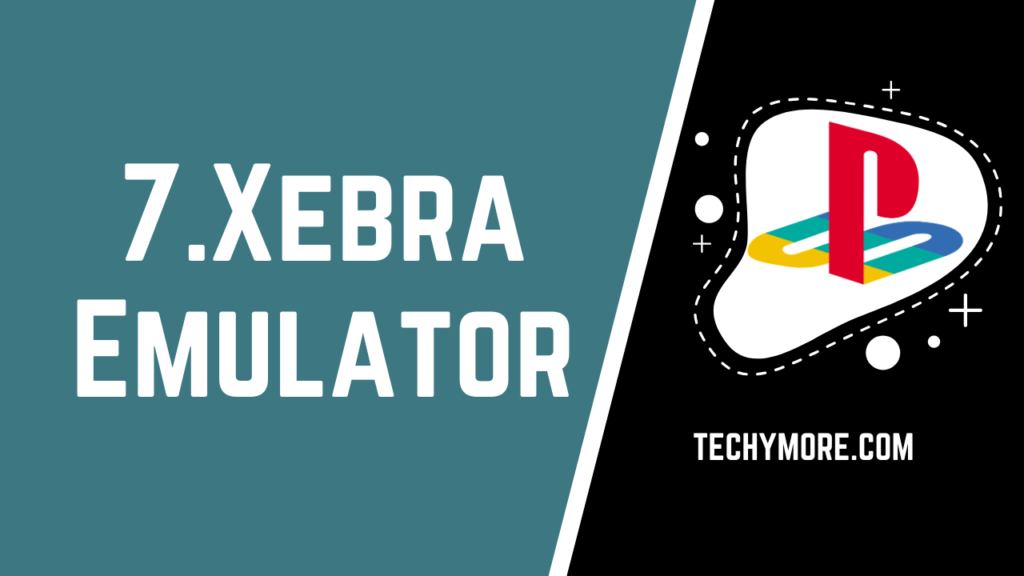 In eighth place, you will see this emulator on our list which is Xebra. It is a highly controversial PlayStation emulator project. Without any instructions in the app, the UI is quite confusing for its users. So, an instructional video has also been provided by the app’s developer. Its graphics quality is excellent and the layout of the controller is also very sensitive. Certainly, some effort is required to set things up, but once you did it, the Xebra actually gives the other contestants on this list a run for their money. 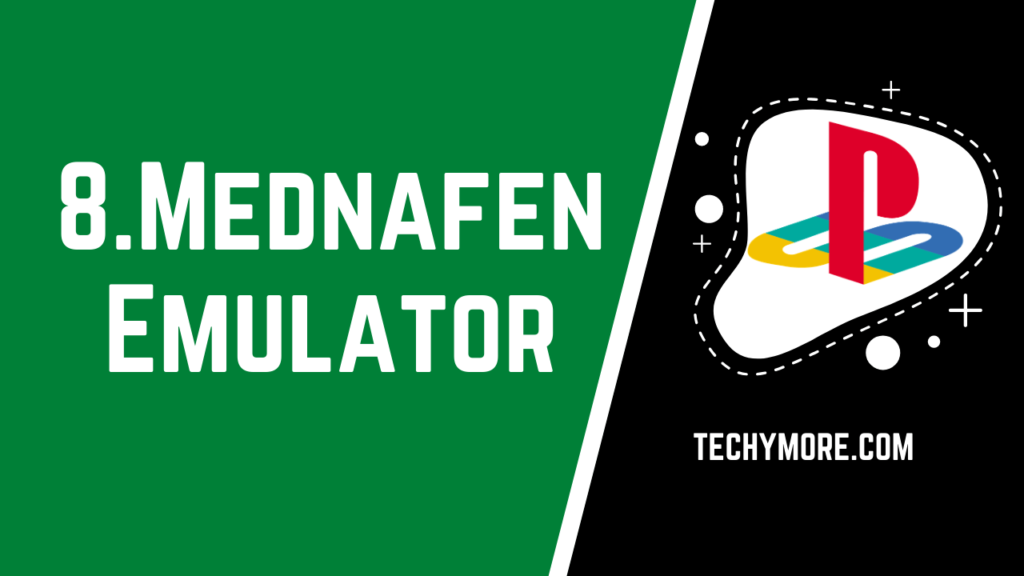 Our next best PS1 emulator is Mednafen which is earlier known as Nintencer. Mednafen is a multi-platform emulator that can be used to emulate various gaming consoles. This provides a high degree of accuracy and compatibility for PlayStation 1 emulation. 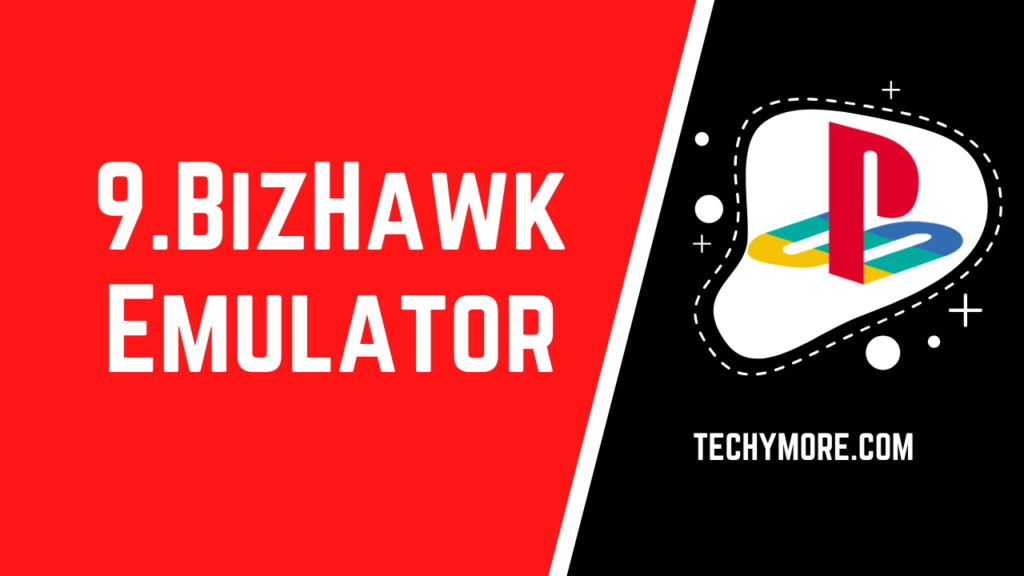 BizHawk is our ninth Playstation emulator on the list and is a multi-system emulator designed solely for TAS (Tool-Assisted Speedruns). This emulator has a regular “speedrun”, without using cheat codes, where a player tries to complete the game in the least amount of time. Tool-assisted speedruns use only possible features in emulation such as frame-by-frame advance, slow-motion, and save-states, creating a series of controller key presses to make the player feel as if they are playing.

BizHawk comes with a variety of TAS tools for run and input recording, RAM viewing, save states, rewind and more. You’ll still need a PSX BIOS dump, and BizHawk also has an installer of prerequisites before loading the core program itself. Check this emulator from the link given below. 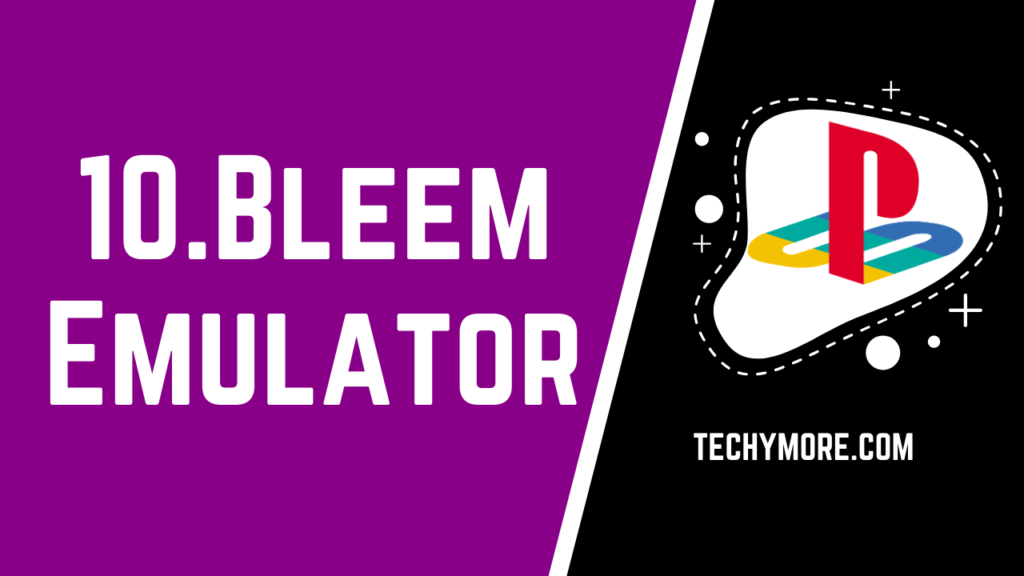 Last on the list for the best Playstation 1 emulator is Bleem which is also one of the best emulators. Bleemcast is the last product that is released by the Bleem. This was made for the Dreamcast users to play those famous Playstation games on it. By the way, it is a commercial PlayStation emulator. It was developed only for Dreamcast and Windows. This one was the first emulator which is built for gamers to easily play or run PS1 games. Bleem is a highly capable emulator that provides a great accuracy level.

Find out more or adjust your settings.