Hello friends, if you love the legendary Game Boy console then you know that to play these games on PC, you need the best GBA emulators. By the way, it may be one of the first consoles that ever introduced the gaming world to a whole generation. Almost every gamer prefers to play these GBA games on the PC or laptop.

But there is an only issue that Gameboy games can run only if you have a 32-bit handheld video game console. There is a solution to that issue also, you can install a GBA emulator on your PC and enjoy these games. In this article, we made a list of the top 10 best GBA emulators for PC, Mac OS, and Android OS.

Today, we have the advanced Gameboy emulator or best GBA emulator available on the Internet that allows you to play on your PC or laptop at all times. The great Nintendo’s great achievement is that they enable the feature to play GBA games on the PC. 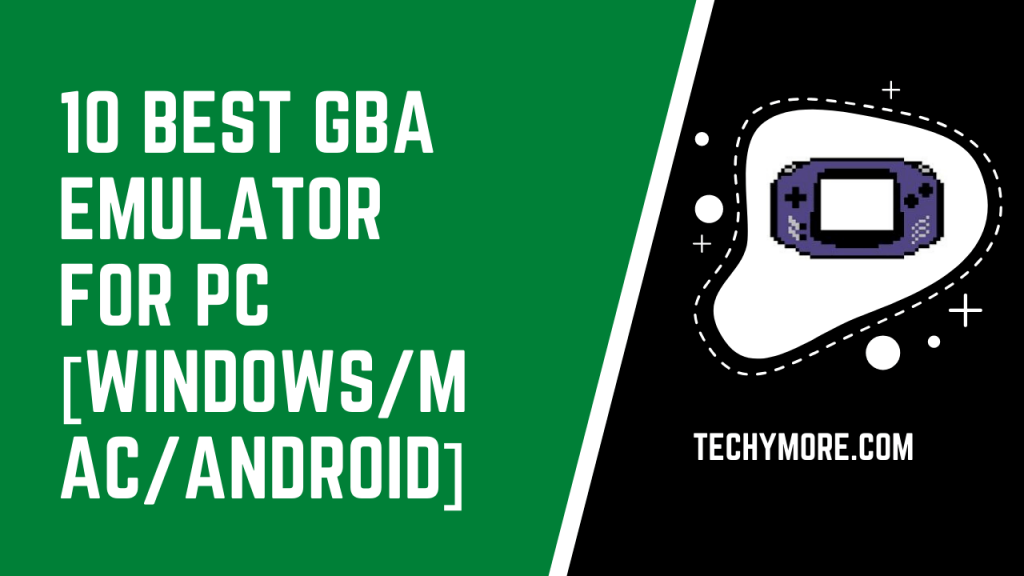 You will see here the top 10 best GBA emulators that are specially designed for all of you to play the exciting and interesting GBA games on the PC with ease. These top 10 GBA emulators will provide you some cool features also that other emulators are missing. 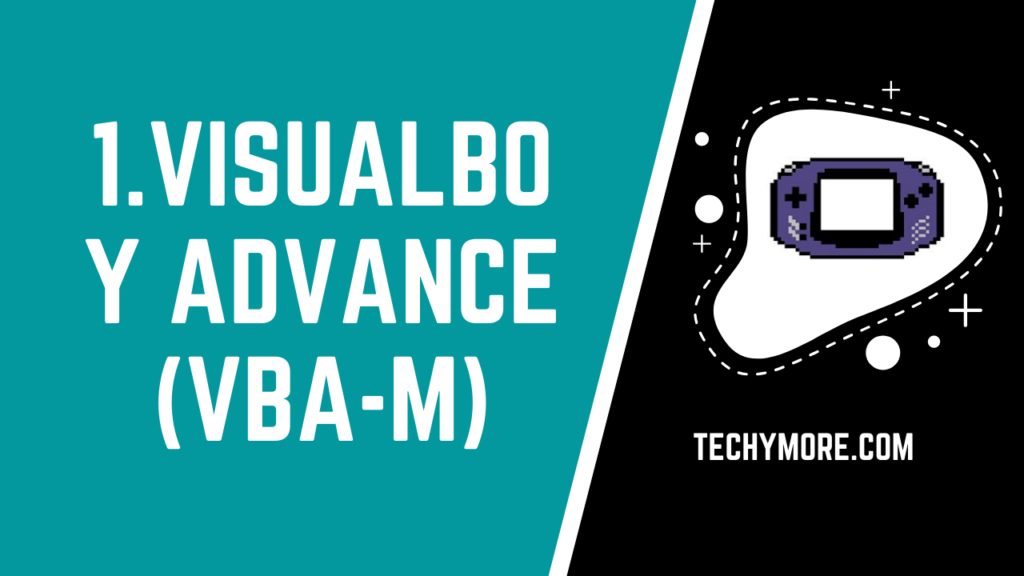 The Visualboy Advance (VBA-M) has a great quality that it performs excellently. For this quality, this GBA emulator is a very popular gaming console. In history, you can see that VisualBoy Advance is one of the most reliable, trusted, and oldest emulators of all time.

Almost every gamer recommends this emulator to other new gamers. But everyone knows that over the time we must change, so the hardware of this emulator has also changed. We suggest that you should use this GBA emulator at least once, you will like it. In the old times, devices could not handle fast emulators but now every device can easily support advanced GBA emulators that have advanced hardware. These GBA games also come with advanced features.

Due to various functions, these games are replacing old gaming experiences. Now, most gamers like to play these games, it is really fun. You will get many features in this game such as creation, cheat, saving states and more.

mGBA is a popular and best emulator available for all platforms to play these interesting GBA games. This mGBA emulator will provide you some additional features which are not available before.

Some additional features, like gamers, can save the game at any point, they can also use cheat codes and patches for the game. This advanced emulator is very easy to install and use, but lacks some advanced level features with it. This mGBA emulator has the ability to enable the ROM patches. You can download this mGBA emulator for your device from the given link below. You only have to click on the ‘DOWNLOAD mGBA EMULATOR’ button. 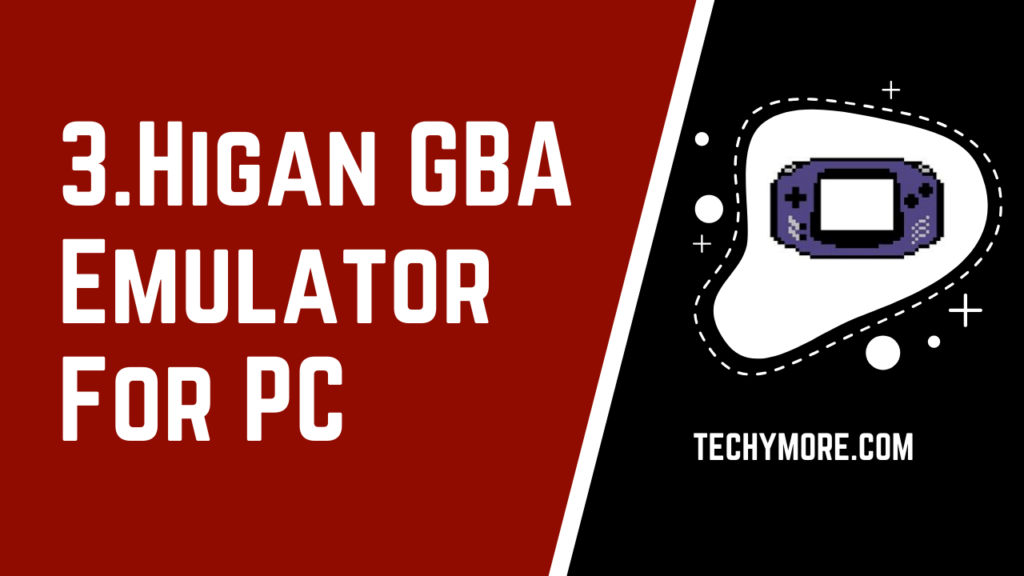 Check also: How To Play Minecraft With Friends on PC [Full Guide] 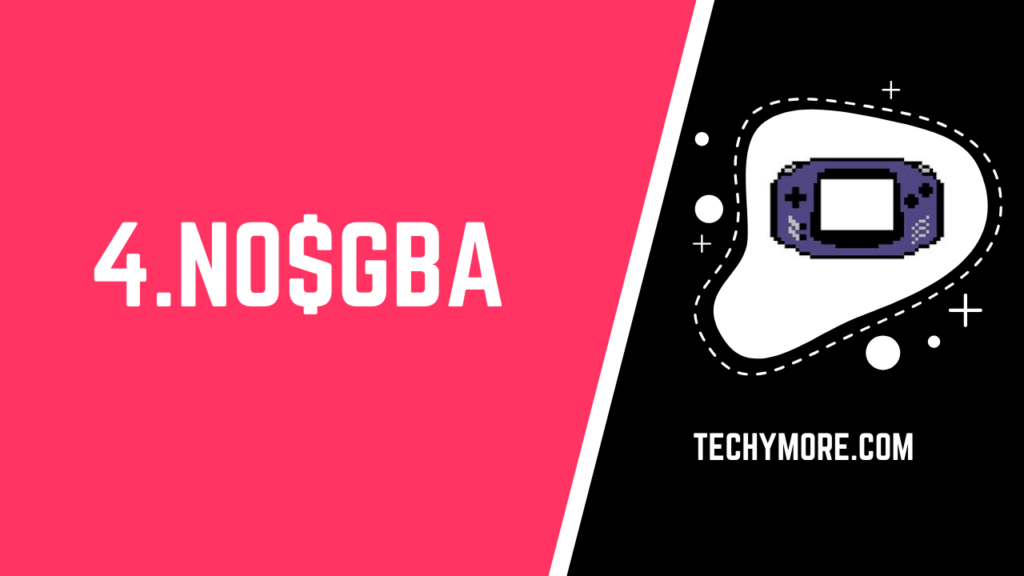 NO$GBA is one of the best GBA emulators available for Windows and DOS. It is the first emulator to successfully play commercially released games. Furthermore, it is the only DS emulator available for DOS.

NO$GBA is also the best GBA emulator in the list of Windows and DOS operating systems. It is the first emulator that succeeds to play games on PC and is released commercially. This NO$GBA emulator works perfectly for various games. But when you want to talk about the GBA port, I will actually tell you that you can’t find a better emulator on the Internet than this. This emulator can run both types of games: DS and GBA games. And, you can use controllers. You can download this emulator from the link given below. 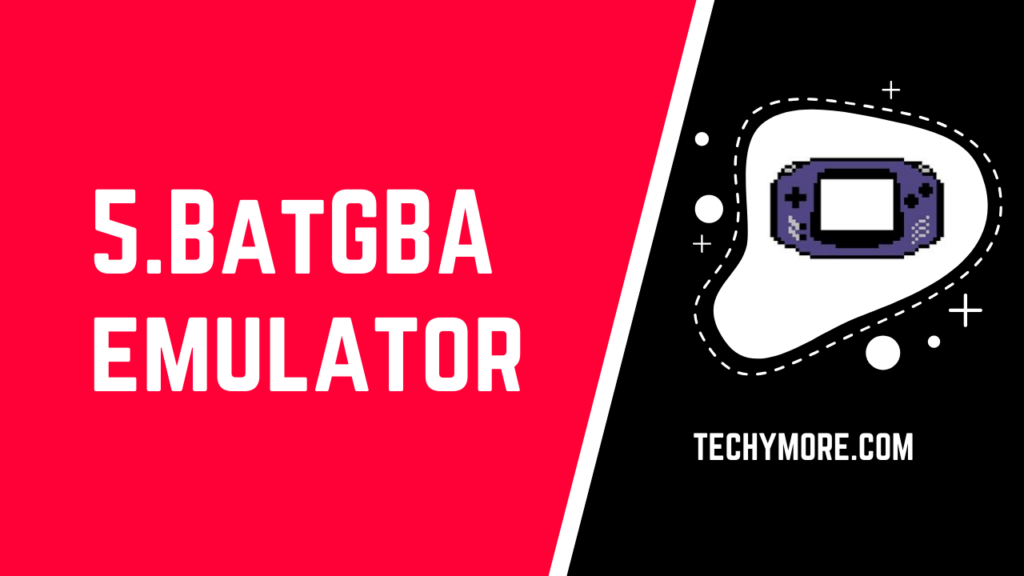 This GBA emulator mainly focuses on simplicity. Maybe, this one emulator is the most basic GBA emulator you will find on our list. And another interesting thing is that you do not have many options that have similar features like this emulator.

This emulator will take up very little storage on your PC or laptop and will make your game run smoothly. It works easily on almost any device. The BatGBA emulator allows its users to play non-commercial and commercial GBA games. The emulator has been out for almost a decade. It can easily install and run on the device. You will not face any difficulties during the installation of this emulator. You cannot complain about this emulator for anything, it is the best of all emulators. Download this BatGBA emulator from the link given below. 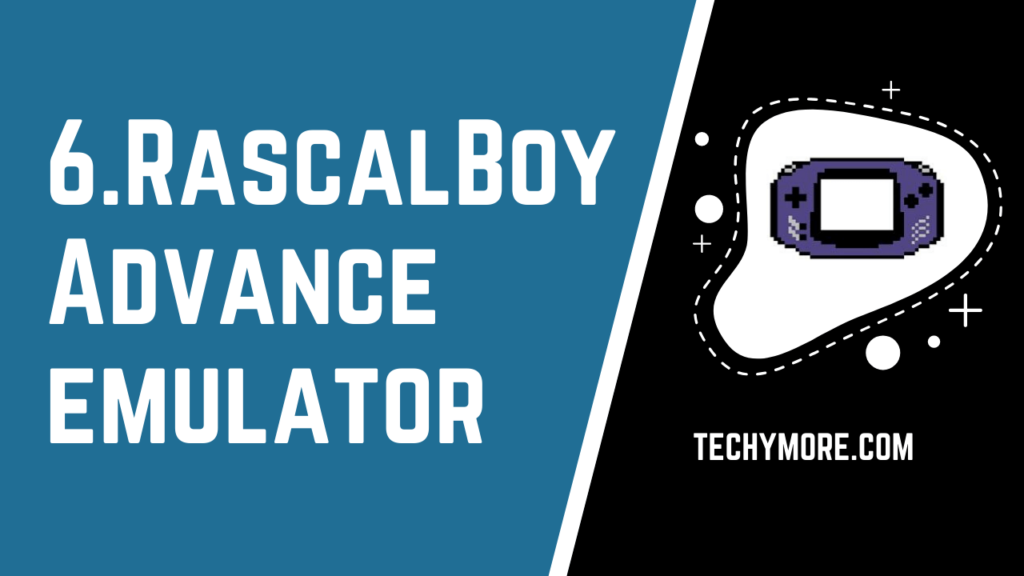 RascalBoy Advance is also a great choice for GBA game lovers as a GBA emulator. Because this emulator provides the best performance and features to every gamer. Actually, this emulator was launched for simple game emulation. But when times were changing, the Rascalboy Advance Emulator has added many awesome features including multiplayer game support. If you like playing GBA games with your friends, then you like this emulator when you use it.

Another amazing feature in RascalBoy Advance is that it supports commercial titles. Rascalboy Advance allows its users to play paid games without any lag or glitch, unlike other GBA emulators listed above on the list. You will know about this emulator quality after using it. So, you should download it once from clicking the download button below. 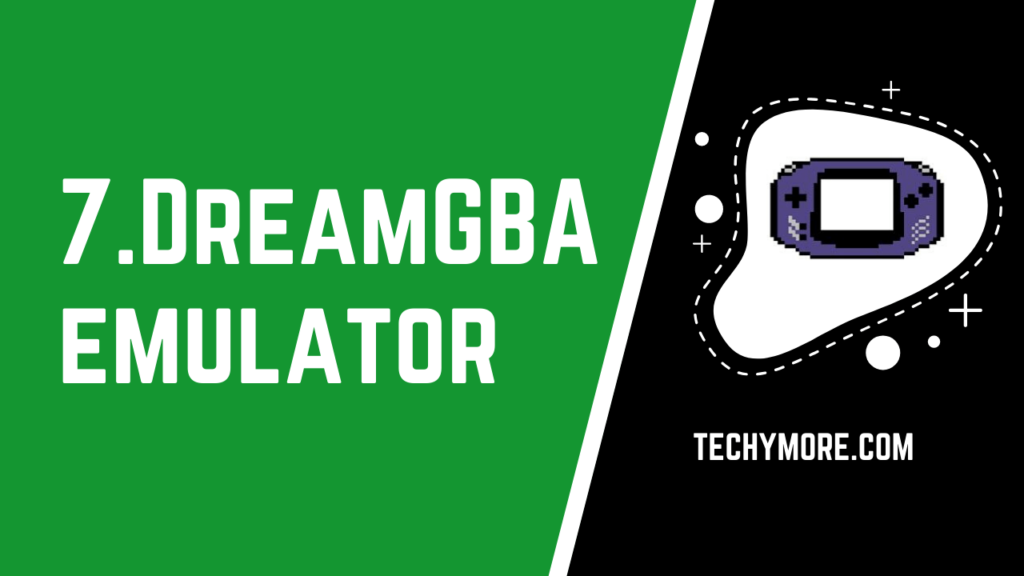 DreamGBA is the best and perfect GBA emulator for those who are looking for a lightweight GBA emulator. This emulator is one of the most used PC emulators in the world. One thing you will like about this emulator is that DreamGBA does not consume many resources.

You can play your favorite GBA game on your PC without any lag or glitch using this GBA emulator. This emulator will install and run easily on the device and it will run on all versions of Windows without any problems. DreamGBA is a command-line application. This emulator runs many games on it such as Castlevania, Tactics Auger, etc. You can download this DreamGMA emulator for free from the download link given below.

Now, this is the eighth emulator on the list and this one is a very interesting emulator. You can install the game in it very easily and quickly. And you can play the game whenever you want. The design of this emulator is really thrilling. This emulator is a full-featured product.

Check Also: How to Breed Horses in Minecraft [Full Guide]

GB Enhanced+ is a multi-platform emulator; This means that you can use this emulator on Windows, Linux, or macOS computers or laptops. You will not face any problem while playing your favorite ROMS. By the way, one demerit of this emulator is that it does not support online multiplayer games. When you invite your friends for group gaming, this is the perfect emulator. If you do not want the default English language, you can change the language using the emulator, thus you can play your favorite GBA game in your native language. Download GB Enhanced+ Emulator from the download button below. 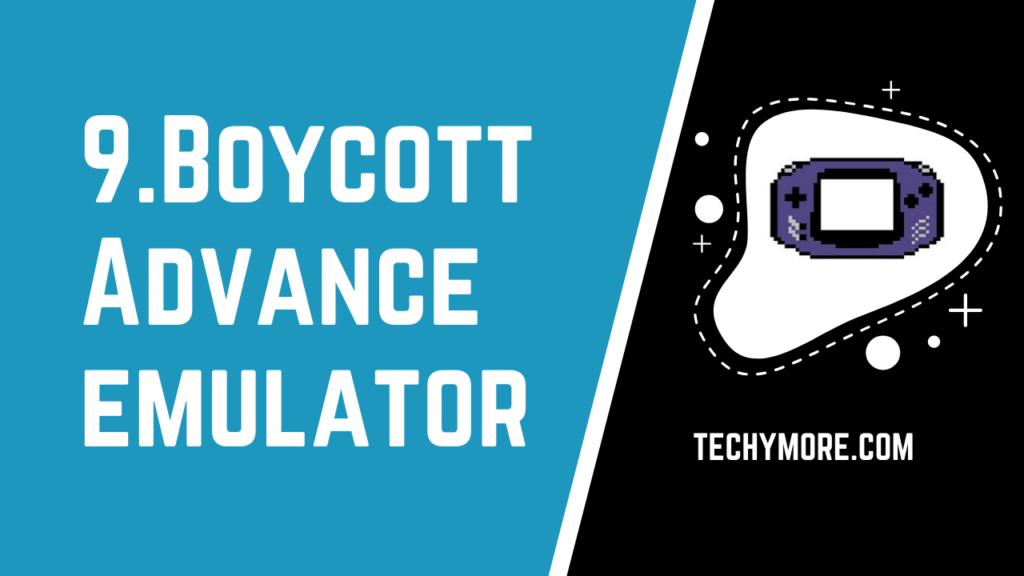 The BoycottAdvance is the ninth emulator on the list which is very simple and easy to use the emulator. Many users reviewed that it is the best GBA emulator on the Internet. I hope you feel the same when you use it. This emulator also supports save / load state, full sound emulation and joystick, which will give you a realistic and stunning feel during the game. You can download this emulator from clicking on the download link. 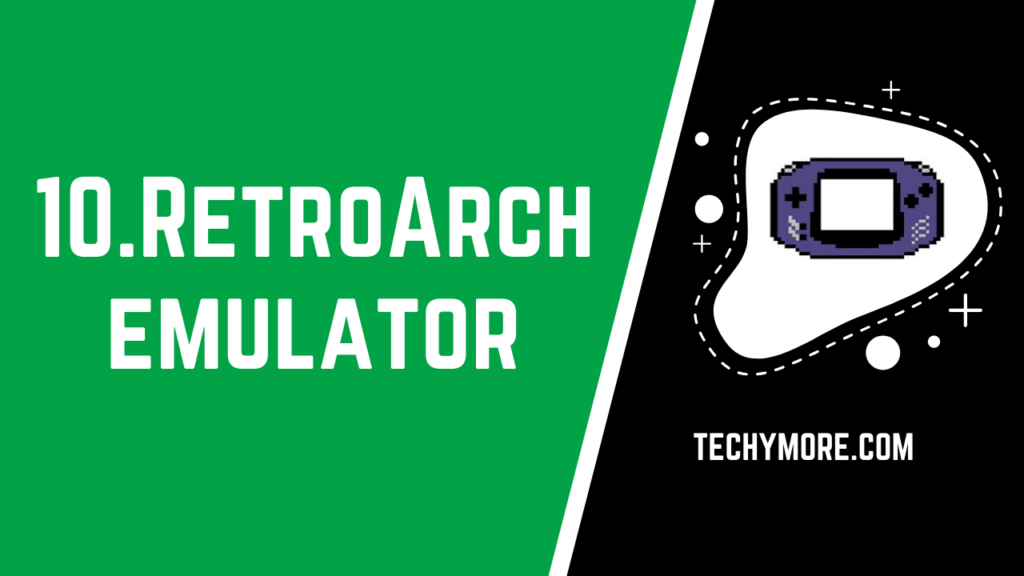 The RetroArch emulator was designed to emulate varieties of retro consoles. You will get hotkeys for loading and saving GBA games. You have the option to change the game control. This GBA emulator is one of the best emulators as it is available for almost all platforms. The best part of being RetroArch is that you can play games that were launched for previous and obsolete versions of Gameboy. You can download this emulator for free.

There are many GBA emulators available on the Internet, but not every emulator is the best GBA emulator. In this list, you will find one of the best emulator names. And the download link is also available there. If you are stuck anywhere then comment below, we will try to solve your problem as soon as possible. Also, comment below which GBA emulator you are going to use. Thank you for reading.