What Are Social Media Platforms Doing About Security?: Lots of people hope that websites and online services they use most frequently are locked down pretty tight as far as security is concerned. Unfortunately, as we have all learned the hard way over the last couple of years, even some of the biggest businesses in the world are failing to adequately protect their systems.

What Are Social Media Platforms Doing About Security?

When the inevitable happens and large amounts of unsecured customer data end up leaking into the wider world, it is always portrayed as being primarily a loss of personal data. Of course, there are various ways to take control of your sensitive data protection (VPNs, proxy services). It might be hard to decide which way is the best for you but with the help of some geeks out there and their reviews, you can easily level up your data safety.

While true, this makes it seem as if the issue is a breach of privacy, when the far more damaging consequences of data leaks are identity theft and financial fraud. With the right combination of data, it is remarkably easy to steal someone’s identity. Social media platforms generally don’t hold bank or credit card information, although there are exceptions to this. However, there are other reasons to be concerned about their existing security measures. 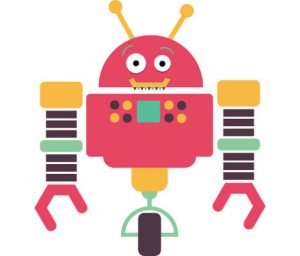 Bots are the scourge of many social media platforms and have made some online dating services all but unusable. Bots are all around us online, to the point where it’s often difficult to know whether you are talking to a real person when you first start live chatting with someone. Of course, bots have lots of legitimate uses, but they have also been weaponized in more ways than one to enable criminal elements to undertake malicious acts.

Perhaps the most familiar example of this is the 2016 US presidential elections, during which Russia made heavy use of bots to amplify fake news and other propaganda messages via Facebook and other social media platforms. The apparent ease with which Russia was able to undertake these operations has caused many people to call for improved regulation of social media whereby they have a legal obligation to protect their users. 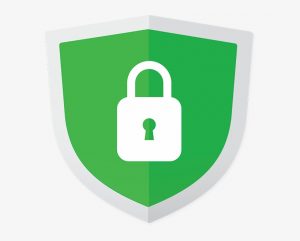 Social media platforms have made significant efforts to improve their security and to reduce the prevalence of bots on their platforms. Despite that, there are some steps you can take in this digitalized world. Most social media sites forbid automation tools in their terms of service, although not all of them rigorously enforce this rule.

Some take a light-touch approach, only acting to punish the most egregious examples of bots that are being used maliciously or excessively. Others use active measures to prevent bots from working properly or slow them down and make them as ineffectual as possible.

Bots present a challenge for social media platforms because their business model relies on them being able to convince marketers to spend money to advertise on their platforms. If a social media service can’t give accurate data about how many users it has, it is going to run into some serious problems.

For social media businesses, the only thing better than actually addressing security issues on their platforms is being seen to do so. Facebook and Co need investors and advertisers to have faith in the platform. That means that any steps they take to address their security and boost investor confidence must either be easily surmised in a press release or a grand, public display.

Of course, it is preferable that the measures actually make a difference, but as long as they allow money to keep flowing unimpeded, it doesn’t matter. For example, in the aftermath of the Christchurch mosque shootings, Facebook faced a number of tough questions. The massacre was live-streamed, with a full 17 minutes of footage streamed online before Facebook took action.

This isn’t the first time that marketers have had brand safety concerns when it comes to Facebook. Like all social media platforms, Facebook hides its laziness and unwillingness to act on, well, anything, as a bold stand for freedom of speech. However, it has still pledged to invest a phenomenal amount of money in its security. A few weeks ago, Mark Zuckerberg announced that Facebook’s latest security budget would eclipse its entire operating revenue for 2012.

Twitter has also fought back against the bots that now run rampant on the platform with sporadic mass bans that have removed millions of bot accounts from the platform. In Twitter’s case, their efforts were rewarded with a drop in their share price, sending the wrong message to the market. Twitter, Facebook, and all the other platforms understand that if they restrict bots, they will upset the businesses and influencers that give their platform so much value.

Fighting against the myriad of security threats facing social media platforms is a mammoth task, one that platforms so far seem to have failed at. We haven’t even touched on the many data breaches and exposures of personal data that these businesses have overseen. Social media networks are currently losing the battle for their own security. Given the prominent role they play in our lives, this should concern all users.